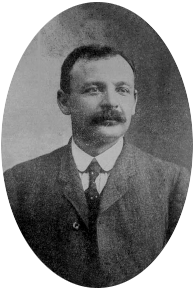 William E. Trautmann was founding General Secretary-Treasurer (GST) of the Industrial Workers of the World. He was born in New Zealand to German parents, and was active in the socialist and labor movement in Germany and Russia before immigrating to the U.S. late in 1890. Before helping to form the IWW, he was an organizer with the Brewery Workers Union and then became the editor of that union's paper. He was one of six people who laid the groundwork for the creation of the IWW in 1905. Although GST, Trautmann mostly worked in the field as an organizer until 1912. In 1913, he broke with the IWW and briefly joined the yellow IWW before leaving the revolutionary union movement altogether.

His papers, covering the years 1905–1920, are at the Walter P. Reuther Library at Wayne State University.

—Based on Trautmann's Wikipedia entry and the introduction by Salvatore Salerno to Direct Action & Sabotage: Three Classic IWW Pamphlets from the 1910s.