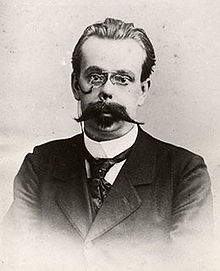 Fernand Pelloutier (1867–1901), educated through the religious schools and then Saint-Nazaire College, had turned his back on the bourgeoisie to throw in his lot with the people. At a very early age, he embarked upon a career in journalism. He joined the Parti ouvrier francais (French Workers’ Party) and then, in 1892, he was sent by the Saint-Nazaire and Nantes Bourses du Travail as their delegate to a socialist congress at which—most unusually for such a setting—he won acceptance for the principle of the general strike.

At the beginning of 1893, he moved to Paris. It was not long before he had parted company from the marxists to embrace libertarian ideas. In a “Letter to the Anarchists,” he wrote, “We are (…) what they [the politicians] are not—full-time rebels, truly godless men, without master or homeland, incorrigible enemies of all despotism, moral or collective, that is to say, of laws and dictatorships, including that of the proletariat.­”

But at the same time, Pelloutier was urging anarchists to get actively ­involved in the labor movement. In 1895, he was appointed secretary of the Federation of Bourses du Travail and gave unstintingly of himself in that capacity. In 1897, he launched a monthly review of social economy, L’Ouvrier des Deux-Mondes, seeing to the typesetting personally.

Pelloutier looked upon the Bourses du Travail as the very PARAGÓN of labor organization, the model closest to the people at the grassroots. He saw in them the embryo of the “free association of producers” to which Bakunin had looked forward, as well as the embryo of the workers’ Commune, that essential ­structure of the coming society. Succumbing to an untimely death as a result of incurable illness, he left behind a posthumous volume, that classic work on revolutionary syndicalism, Histoire des Bourses du Travail.

—No Gods, No Masters: An Anthology of Anarchism, edited by Daniel Guérin and translated by Paul Sharkey (AK Press, 2005; originally published in French in 1980).

Anarchism and the Workers’ Union